Welcome to part 3 of a series on how yt deals with data and the ways that helps and hinders things! This time, I am going to describe what “chunks” of data (YTDataChunk) in yt are, and a few characteristics of them that wouldn’t be obvious from the previous blog posts.

Data chunks in yt have a set of special attributes that help yt to put them in the context of the coordinate domain.

(This is as good a time as any to note to myself that I should probably write up a blog post about how coordinate handling works, as opposed to index handling.)

When you receive a chunk of a data object, that chunk will have with it information about the coordinate space of the data contained within it – specifically, if it is a dataset that is volumetrically discretized in some regular way, it will have information about the centers of the individual grid cells, the sizes of those cells, and some measure of their resolution.

For a grid dataset specifically, these attributes will always exist on a data chunk:

There are a couple more that are specific to the individual data selection operation – for instance, tcoords only makes sense if there is a parameterized vector being pushed through the domain. There’s also fcoords_vertex but it is seldom used except in unstructured mesh datasets.

Let’s take a look at these values, and how they correspond to grid attributes:

What yt is doing here is taking an individual, in-memory sparse index and then expanding that index into a fully-fledged array. Internally, when we ask for any of these attributes, yt iterates over all the objects that belong in a given chunk and then it expands the values associated with those objects.

We can see this if we poke a little closer at the Grid objects in this case.

This is used internally in yt whenever we want to deal with a geometric selection, or when we apply geometric processing. For instance, the “projection” operator can use the integer coordinate system to very rapidly insert values into a quadtree. yt can iterate over all of the chunks that belong to a data object and insert them into the quadtree based on their icoords, and it can refine nodes by bit shifting the appropriate amount.

For grid data, icoords also gives us some handy things for evaluating relationships between objects. For instance, we might have a root grid with one child grid. We can figure out their relationship by looking at their icoords, ires and the result of get_global_startindex(). In our sample dataset, let’s look at some random grid – I happen to know the first level 8 grid is index 27, so let’s use that.

They both start at the same place – so that would suggest that their minimum icoords should refer to the same location.

This seems odd until we recognize that ires differs between the two, and in this case refers to the bit shifting we need to do to match them up.

We can do this with the next grid up, as well.

There’s more to this story – for instance, non-power-of-two differences, but the idea is consistent; both integer and float positioning can be used between chunks, sub-chunks, and so on.

We can also pretty easily get cell positions, and if we access data objects, we receive all the values across all sub-objects.

The other main advantage of chunks is that they can be sub-chunked. Usually this only means up to one level, but it means that we could in principle do something like this:

(In general, this is about as deep as it goes, although in principle we could do lots more sub-chunking.) This lets you chunk over IO, then chunk over individual objects, and even request things like the number of ghost zones you need in that sub-chunking.

Chunks can retain state during a long-lived IO task

We can also store field parameters and reset them during an individual chunking operation. So for instance, we could have a custom field that requires one field parameter that is then swapped out during the next level of chunking.

This feature is probably not used much.

But here’s the issue we run into, which actually shows up whenever an error is raised during a chunking operation.

All of this is done via generator expressions. This seemed like the right thing to do! Just yield everywhere! It was so hip.

But, there’s an even more problematic part: often, the generator expressions get unrolled into lists anyway. And, it turns out, I can’t blame anybody else for this: this particular core element of yt was something I not only put in, but something I felt rather self-satisfied about.

Let’s take a look at this in the routine that does chunking for the io type in grid index datasets:

There’s lots going on here, so I’ll just grab a few of the most important lines. Specifically, I want to highlight this:

The upshot of this is that we first sorted our grids by which file they’re in (on the assumption that we probably want to minimize open/close operations), but then in that, we split them up based on the grid counts we want in each chunk, and then we spit out the chunks (with optional preloading of data) to whatever consumes them.

As long as we don’t do any preloading it’s alright for parallel IO, but we’re not going to see any of the benefits of this if we ever turn this into a list.

Now for the Enzo frontend specifically, let’s see how the IO routine works:

This is in the base class for the IO handler; some of the grid-based frontends implement it. In this particular case we aren’t unrolling the generator, but you can see some of the issues here anyway: we need to know a fair bit about the IO method (thus the io_iter method, which I will show below) and we need to do a lot of obj.select and whatnot.

This makes interoperating with something like dask – which works best when it knows the sizes and shapes and can do its own distribution – much more challenging. And it also means that we have a few layers of relatively opaque routines that conspire to keep us a ways from the file-based abstraction.

Let’s look at the io_iter function to see how it works for Enzo. You can see that it does do a few fun things; most importantly, it keeps the file handle open if it can. This can save a surprising amount of time on parallel file systems, as it reduces the number of metadata lookups necessary.

So to recap, right now: making chunks work nicely with non-yt operations is tricky because of some early design decisions

In the next blog post, I’m going to present a bit about: 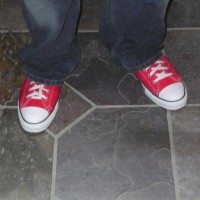